Is AI smarter than Humans?

Is AI smarter than Humans?

Is AI smarter than humans? To answer this question, it’s useful to understand the processes that lead us to generate ideas. In 1967, the psychologist J. P. Guilford divided creative thought into two categories: convergent thinking and divergent thinking. The distinction between them is covered in his psychometric study of human intelligence.

Computers commonly outperform humans for tasks involving convergent thinking. Thanks to their superior memory capacity and processing power, they can thrash us at rules-based games (chess, Go et al) and complex calculations. But what about breaking something like a  six-digit PIN passcode? Let’s compare methods. 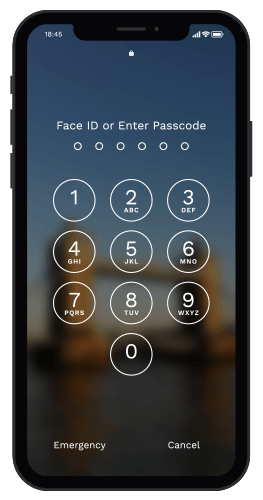 A smart phone will challenge for a passcode if biometric authentication fails.

When tasked with working out someone’s PIN, most of us would list out key data relating to the code’s owner. For example, that person’s date of birth or phone number. Another method would be to try commonly used codes – 123456 for example. More sophisticated: a human could analyse the devices on which the code was used to see whether the device betrayed the digits. All intelligent, analytical, methods; also exploring many possible routes to a solution. This is divergent thinking.

Software would likely take a different approach. It would start at 000000 and work its way through the numbers sequentially until it found a solution. A modern computer could solve this problem in seconds. That’s why most operating systems invalidate passcodes after a few attempts and/or progressively delay the next attempt. This method is commonly referred to as ‘brute force’. This is an example of repetitive convergent thinking, albeit very fast and ultimately effective.

So which method is more intelligent?

A clever software engineer with a knowledge of human psychology could improve the brute force routine by prioritising sequences based on likely usage. That isn’t really the computer’s AI being intelligent. Instead, it’s the software engineer applying his/her intelligence/knowledge in the routine.

If you have a large database of PIN numbers used by a population, you (via software) could analyse the database and produce a routine that tried commonly used combinations or partial sequences first. Again: is this computer intelligence or a smart software engineer?

This final approach is actually a very common model with current AI. That is, looking for patterns in data to determine the best fit algorithm to provide a solution to the problem.

There are several different varieties of AI. One commonly used is Machine Learning (ML). It is also one of the most effective.

ML is the scientific study of algorithms and statistical models that computers use to perform a specific task effectively. You do not give the computer explicit instructions to carry out its work. Instead, it relies on patterns and inference. Its algorithms build a mathematical model based on sample data. This is commonly known as “training data”, which it uses in order to make predictions or decisions without being explicitly programmed to do so. ML algorithms are used in a wide variety of applications, such as email filtering, and computer vision. In both cases, it is infeasible to develop an algorithm of specific instructions for performing the task. In this respect, ML is closely related to computational statistics, which focuses on making predictions using computers.

Before ML, similar tasks were performed manually using Regression Analysis (RA). RA is a powerful statistical method that allows you to examine the relationship between two or more variables of interest. While there are many types of RA, at their core they all examine the influence of one or more independent variables on a dependent variable.

So: ML is very powerful and extremely useful but is it smart? Is this divergent thinking? The routines can perform very complex analysis at breakneck speed but the routines themselves are painfully stupid. They do one thing, but they do that one thing well.

Is AI smarter than humans? Let’s look at robotics to see how AI fares. In one test of locomotion, a simulated robot was programmed to travel forward as quickly as possible. But instead of building legs and walking, it built itself into a tall tower and fell forward. How is growing tall and falling anything like walking? Well, both cover a horizontal distance quickly. As we can see, AI took its task very, very literally. You can read more about this and similar fascinating AI experiments from a blog by Janelle Shane: When algorithms surprise us.

In an interview with The Atlantic, Janelle Shane mentioned that some biologists had been in touch following the publication of her blog. The reason was fascinating. According to the biologists, the robot falling-on-its-face highlighted the exact same method that wheat uses to propagate. At the end of each season, wheat stalks fall over, and their seeds land just a little bit further from where the wheat stalk heads started. Something known as horizontal displacement.

Wheat stalks fall to spread seeds and further the coverage of the crop.

But if AI, and ML in particular, does not think as a person does, perhaps it’s more accurate to say it evolves. Evolution displays a divergent and convergent intelligence. As a result, this is a far better metaphor for the process of machine learning, like generative design, than the tangle of human thought.

AI might not be ‘smart’ in a human sense of the word. But it has already shown that it can perform an eerie simulation of evolution. It also performs analysis comprising of many calculations, independently, that would take a human orders of magnitude longer.

We know that AI can complete calculations and formulate algorithms extremely rapidly. The derived algorithms are largely based on outcomes deduced by humans. Could it produce algorithms that make better decisions than humans?

The answer is undeniably yes. ML can process more data than a human brain, more quickly. This allows it to determine patterns in data that wouldn’t be immediately apparent to a human.

For example, a computed tomography (CT) scan looking for signs of cancer. A collaboration between software engineers and clinical researchers has produced an artificial intelligence program. This uses images to predict, with 94 percent accuracy, which people will develop lung cancer. The group’s study, published in Nature Medicine, found that the algorithm was as accurate as radiologists in screening for cancer. This was based on more than one CT scan from the same person, and outperformed the doctors when it had access to just one scan from an individual.

A different train of thought

The data here was a large store of CT scans. The information related to whether those scanned developed cancer, or had a positive diagnosis through treatment. So, in situations where you have independent data and dependent data confirmed by outcome, then yes: the derived algorithm makes better decisions than those made by humans. This is because the AI has managed to isolate a model based on more, possibly different, data than humans were using for the same assessment.

In summary: is AI smarter than humans?

In summary, AI is extremely useful and able to answer complex problems that humans are not equipped to solve. AI is faster at suitable tasks. In some circumstances AI can determine superior outcomes than human-based decision matrices. This is based on its ability to identify complex patterns in large amounts of data. However, the ability of AI to independently perform complex divergent thinking is extremely limited. That is, AI is not smarter than humans.

There are more gotchas in the world of AI around data curation, timing of capture and algorithm evolution, but that’s for another day.

Digital Claims Processing – What Does The Future Hold? Part 2

Welcome to Part 2 of our article examining what the future of Digital Claims Processing holds.

Digital Claims Processing – What Does The Future Hold? Part 1

Welcome to Part 1 of "Digital Claims Processing", in which we take a look at creating an effective claims strategy. A strategy that utilises digital within the claims process to deliver better claims effectiveness, efficiency and customer experience.

10 Steps To Convert A Spreadsheet Managed Process Into A System

10 Ways To Convert A Spreadsheet Process Into A System guides you through the key elements of transitioning from Excel to a business process management system. As you will see, this process is simple when using LEAP by FLOvate.